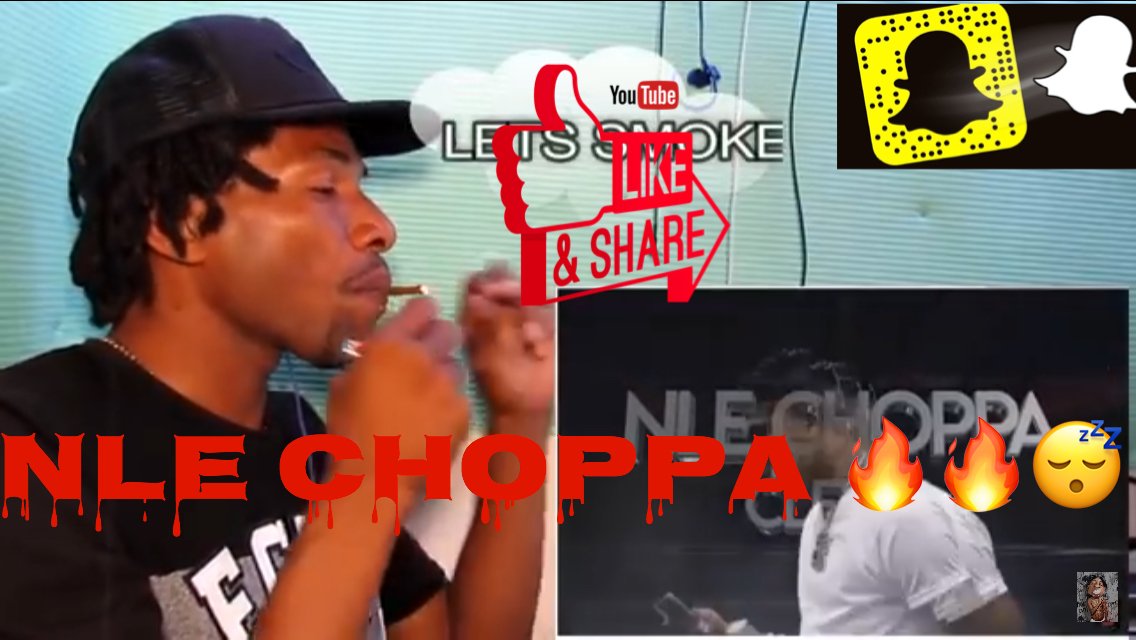 I personally feel like there's too much going on in it and it doesn't really reveal much of a story about what the video is supposed to be about?

The ONLY thing I can get from it is the "lets smoke" which you'd never be able to see in thumbnail mode, which kinda gives me the impression this is a chill out vlog of some kind.

I'd remove the youtube logo, get rid of like and share, get rid of the snapchat logo, and what's that NLE Choppa got to do with things? is he a tennis player or something? You really need to tell us what the idea of the video is?

Just remember though, you don't want to be asking for likes and shares before someone has even clicked on the video. It gives a really bad impression and I think it might be why so many people struggle, they're desperate to grow, but the amount of begging in the thumbnail alone usually puts people off from watching.

I'd get rid of the majority of the right, and focus more on the actual purpose and topic of the video. If it's a chill out video around smoking a bit of green, then focus on that. Maybe have a BIG cloud the says "let's smoke and chill"

Hope that gives you a bit more to work with. Less is definitely more when it comes to thumbnails

Red letters against a dark background is a big no-no in graphics. You simply can't read it. It's best to keep everything simple. If you removed everything other than "Let's Smoke," it would have been much more effective.