A friend of mine gave me a bunch of video and audio gear. One of the items is a Sony DSR-PD150 video camera. This thing is seriously dated, but it looks like at one time it was a good quality camera. It has XLR shotgun mic with it. Camera has 2 XLR inputs. That would solve some of my audio and editing issues. I'm currently capturing audio with my Zoom H4N. It's a great audio recorder, but it eats batteries like a cookie monster. It does record to tape, which would add a little bit of PITA factor. Anyone have any experience with this particular camera? 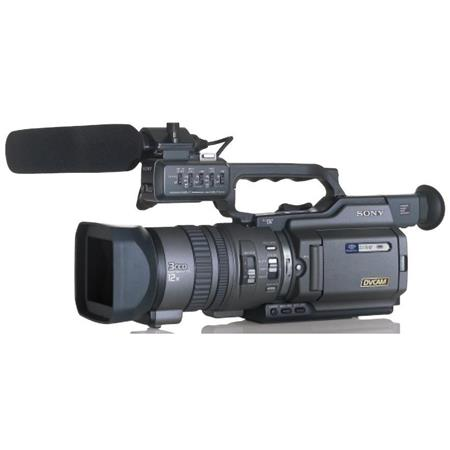 Yes, you can totally use this camera! Does it have HMDI or SDI out?

I have absolutely no idea about this camera, but "camera conspirecies" channel does some great AND funny camcorder videos

The film element would be a challenge, but could ad a cool authentic visual element to modern videos with a vintage look to them. A website says it has no HDMI output, but it does have S Video Out and RCA Video out so if you could be bothered and it doesn't need to be taken outside, if you had a computer with a video capture card you could hook it up to a computer that way and I guess in theory you could use it as a webcam. OR you could get an Svideo to HDMI adaptor or RCA to HDMI adaptor, and maybe if you have an elgoto capture card you could record whatever the camera sees directly to the computer to avoid having to go the route of film.